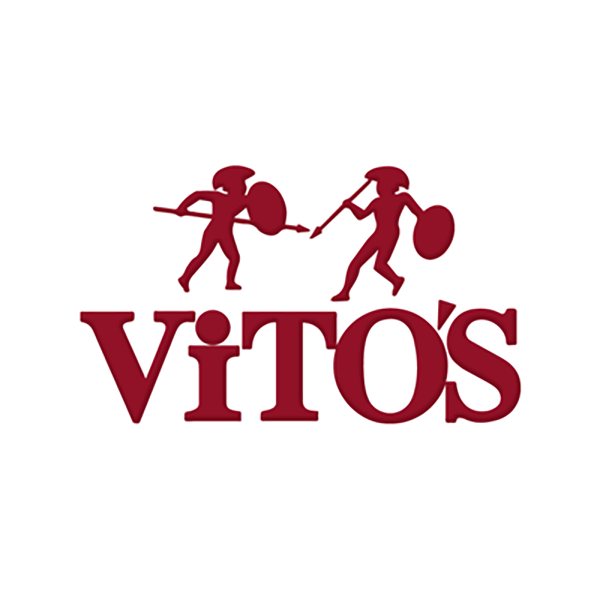 VIHO members save 15% on full price menu, at all three Vito's locations: Uptown, Rothesay Ave. and KV.
Cannot be combined with any other specials.

For more than 45 years, thousand of fans like you have inspired Vito’s to make delicious meals for everyone to enjoy. A taste to take home since 1972!

Vitos in Saint John was founded in 1972 by four Greek emigrant brothers, Costa, Peter, Nick and Demetri Georgoudis. Having first emigrated to Montreal during the 50’s and 60’s the four brothers, after working in various jobs throughout Montreal, decided to invest in themselves. Pizza was popular in Montreal and a new concept to the Maritimes during the 60’s. So the Older brother, Costa, opened the first Vito’s in Moncton in 1969. Having found success immediately, Costa summoned his brothers to come to the maritimes and open in Saint John.

They opened on April 1st, 1972 at 69 Russell street with a small menu consisting of Pizza, Lasagna and Spaghetti. Vitos became an instant hit with the locals. Today the same recipes are used under the direct eye and care of the original brothers with the second generation of the Georgoudis family now watching over the family business.

Order online now or call for pick up at one of their three locations in Greater Saint John!

Enter in your information below to receive this offer